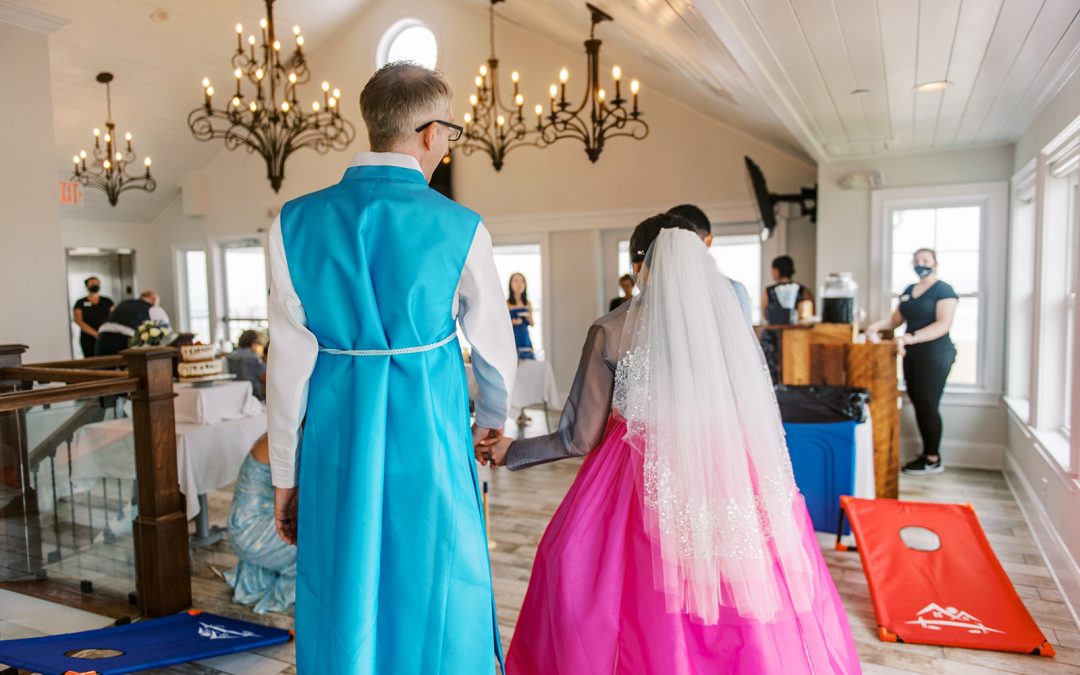 Being a part of someone’s wedding is always an honor, but when we have the opportunity to help a couple elope, we’re over the moon. An elopement is an intimate exchange of vows, and when J&D let us know they wanted get married in either Durham or the Outer Banks with just 8 guests, we were thrilled.

We work closely with our elopement clients to help them pick a location, style, and activities that help enhance their experience in authentic and stress-free ways. They decided to elope because, “Our preference in general is for simpler, more intimate events. Additionally, we’re contending with a pandemic. We also don’t like being the center of attention and are more relaxed in smaller groups.” So over the course of 5 months, we planned an elopement getaway that would be perfect for them to celebrate their love with an intimate guest list of parents, siblings, and neices/nephews. 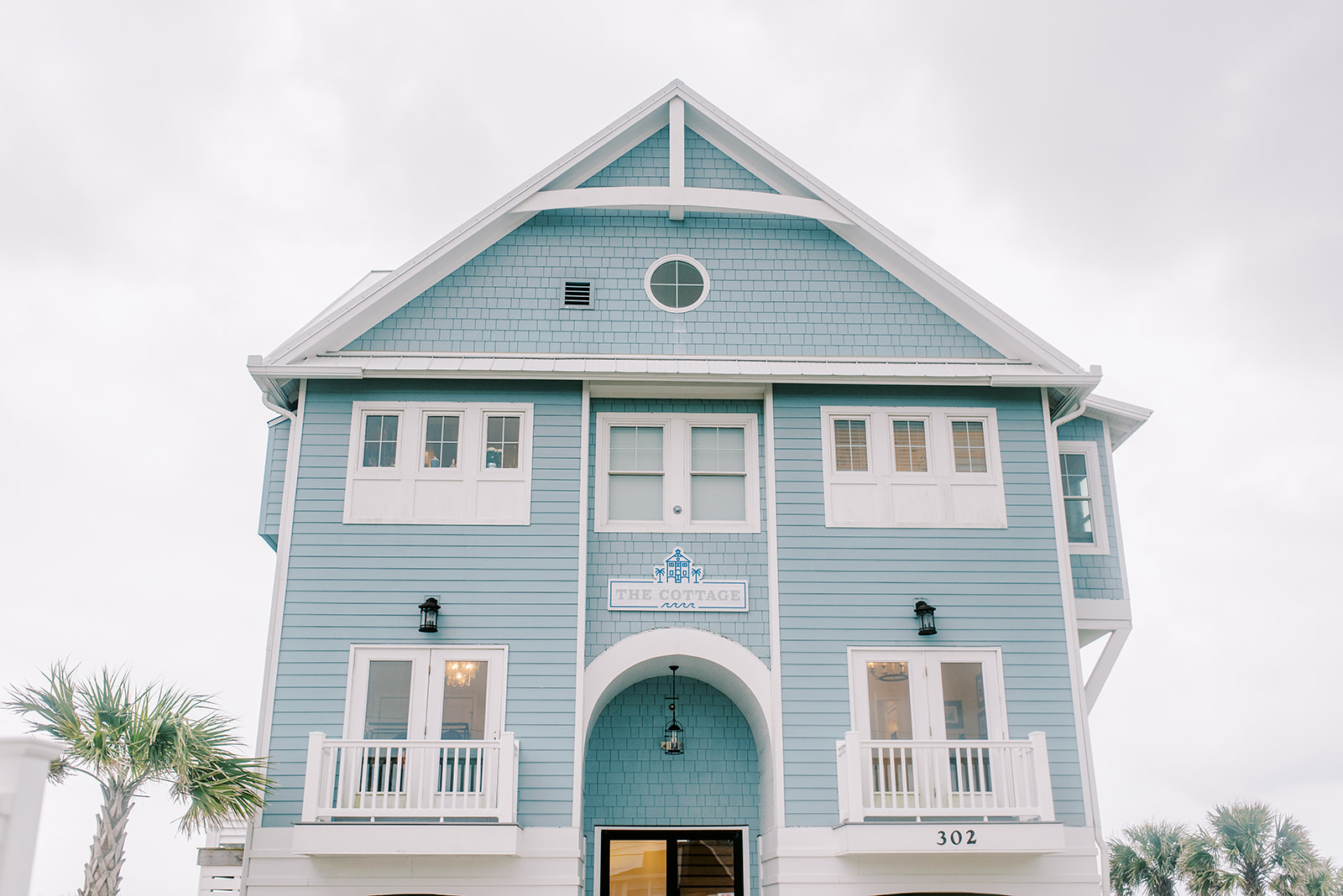 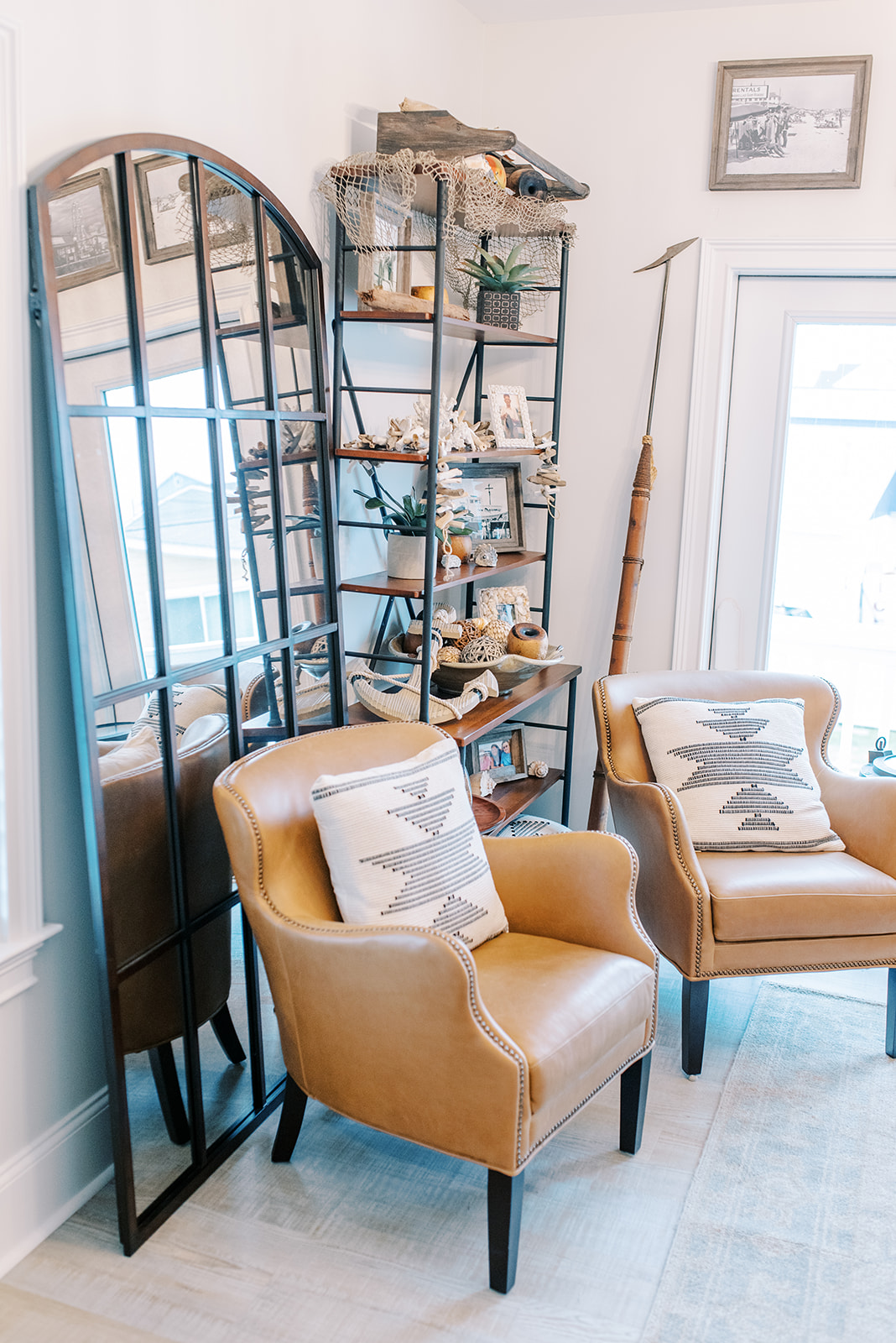 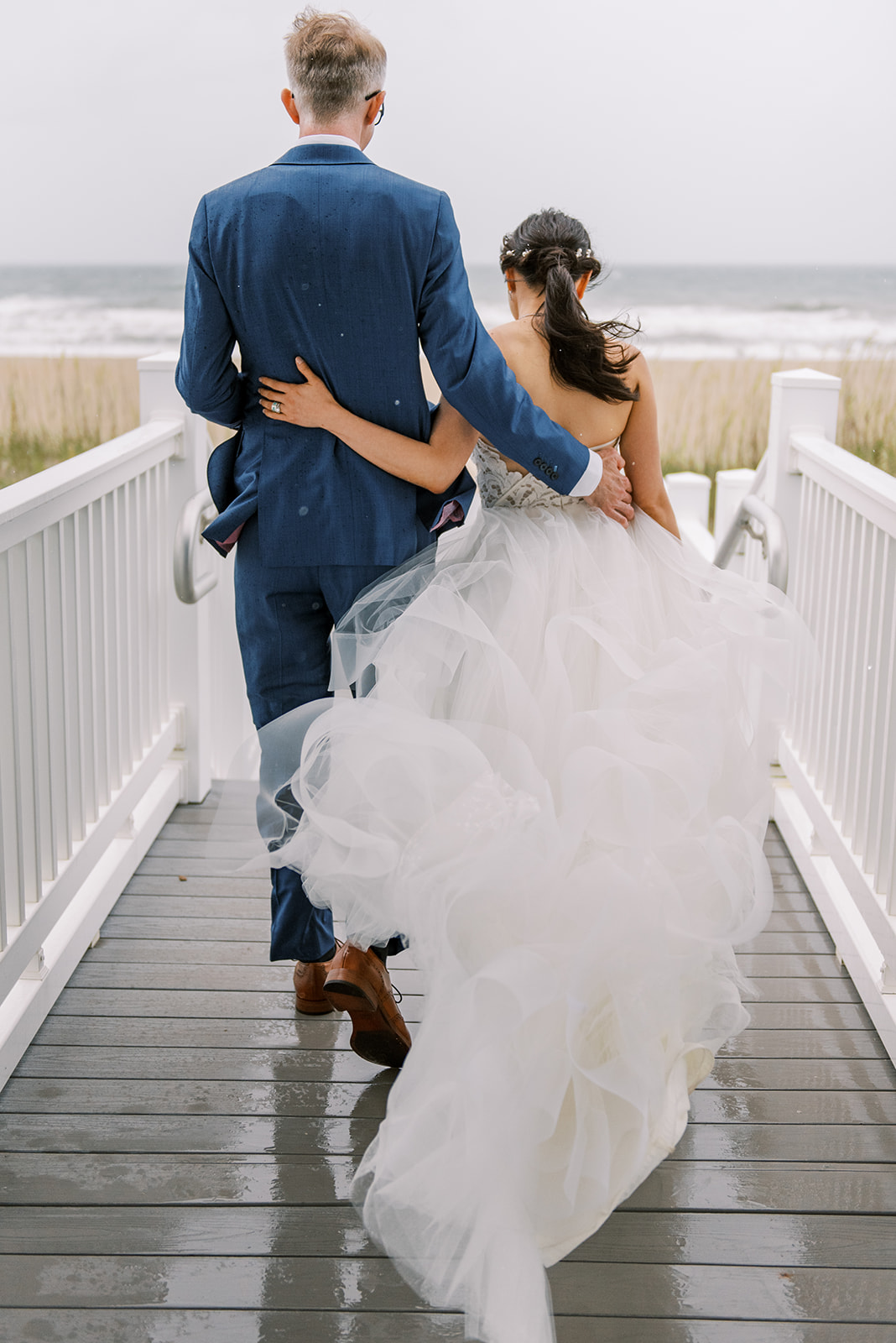 Knowing that J&D wanted a day that was classy and tasteful while maintaining a degree of relaxation and intimacy, plus liked silver and shades of blue, I quickly found a venue that’d be perfect for them. We considered a few options on the Carolina Coast, but nothing could compare to The Cottage at Crystal Coast, a lovely blue and white beach house that’s the only beach front venue on the coast of North Carolina! We worked with The Cottage to secure other local vendors for cake and food, found a florist and stylist who would be perfect for our vision, and I recommended my photographer pal Elope with Emily, who drove with me from The Triangle to Atlantic Beach for this special day.

The couple, who lived in NC and CA, arrived to The Coast on a Tuesday morning before their elopement, to visit the local Register of Deeds office and get their wedding license. The next day, the family and I arrived for the venue walkthrough, rehearsal, and hotel check-in. With beautiful weather during the rehearsal, we all had our fingers crossed that things would be as lovely the next day – we’d been keeping our eyes on Tropical Storm Elsa, who was scheduled to visit. 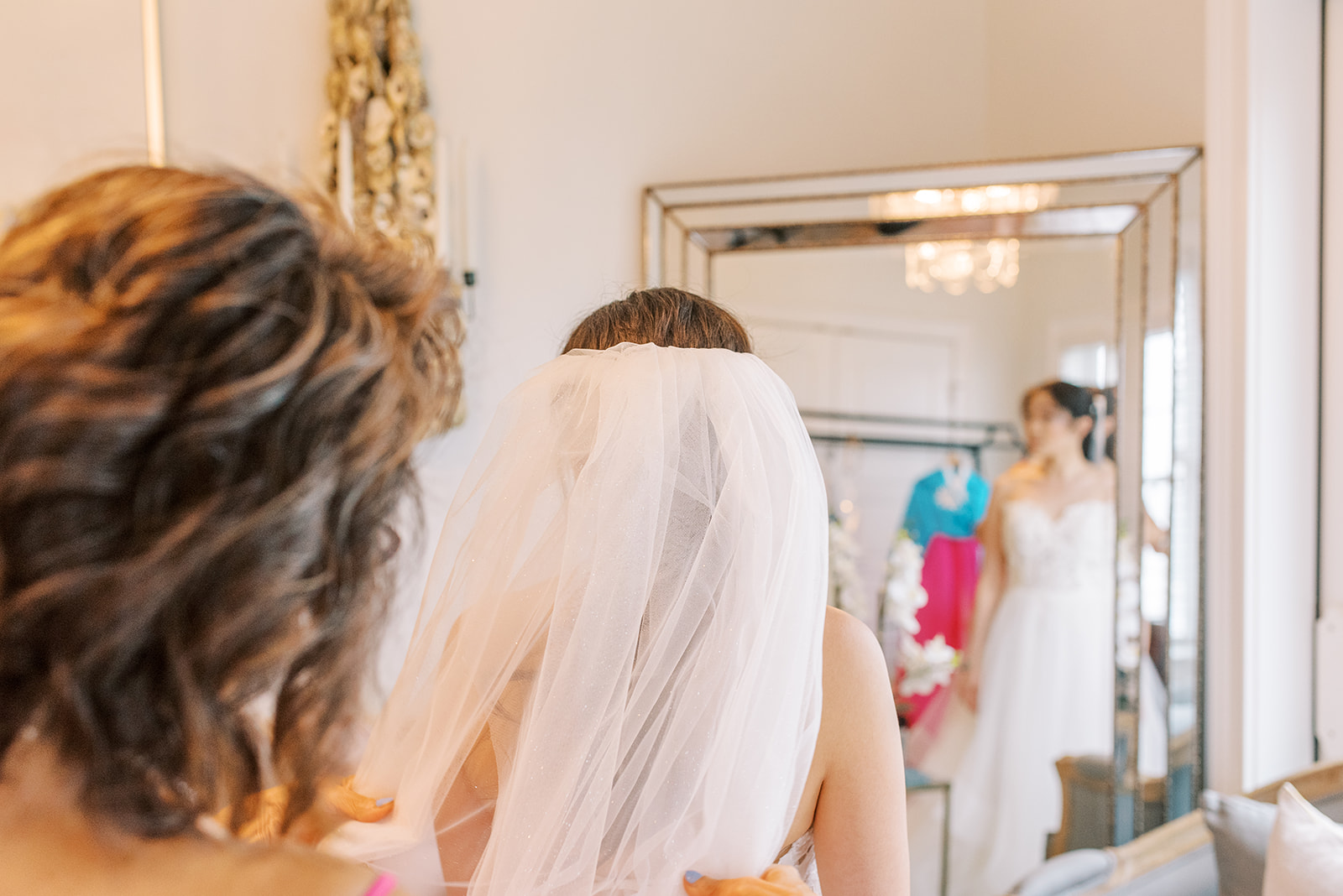 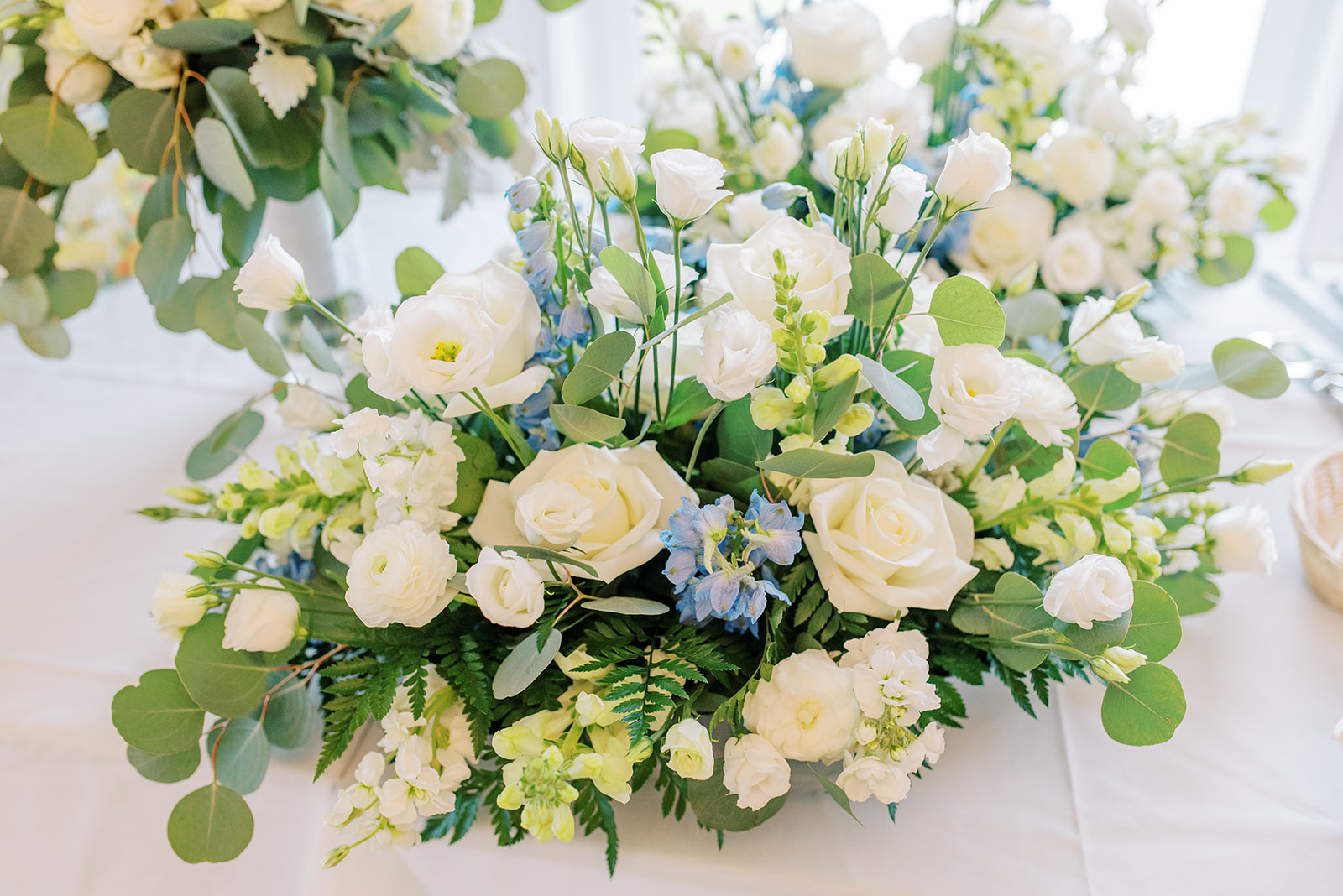 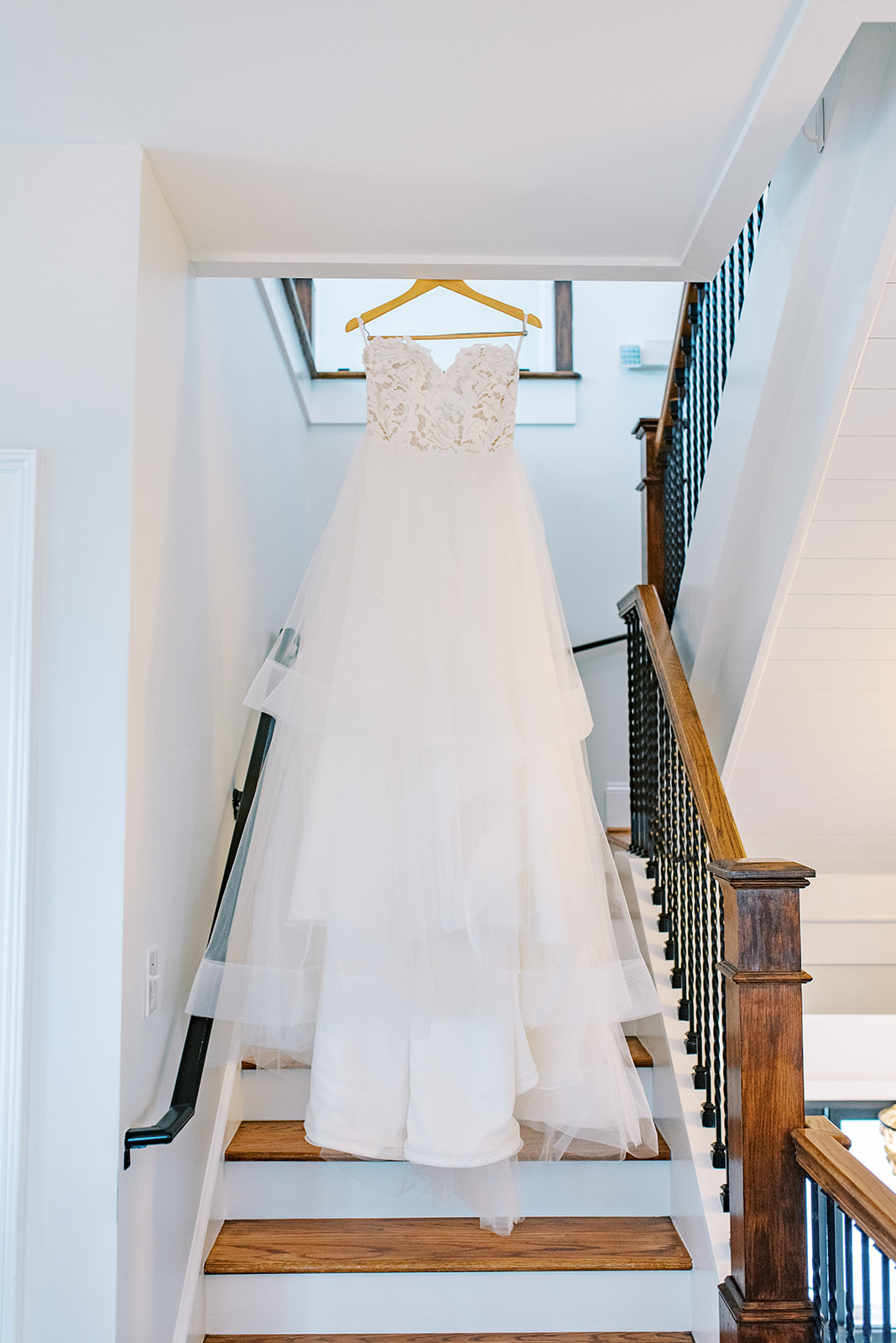 On Thursday morning, I woke up early to pick up breakfast from Atlantic Beach Coffee, where they have the best cinnamon buns, and drove breakfast to the hotel for a grab-n-go from the groom’s mom’s room. While the couple and family got ready, the vendors and I arrived at the venue at 9 am to begin setup and detail photos. We planned to have the 10 am ceremony on the covered gazebo, with two flower arrangements on either side of the couple.

The family was shuttled from the Inn to the venue, and as they arrived, the wind began to pick up. We shifted the ceremony inside the lobby of the venue, still overlooking the beach through the glass doors, but protected from the wind and rain. The bride’s brother set up a speaker and playlist, and we played Canon D as the family gathered in the lobby and the bride, preceded by their niece and nephew, walked down the stairs to greet her groom. Officiated by the groom’s aunt, the ceremony included a greeting, homily/reflection, exchange of vows, declaration of intent by guests, ring exchange, prayer, declaration of marriage, and benediction. As the ceremony ended and the couple had their first kiss, “You’re My Best Friend” by Queen played. 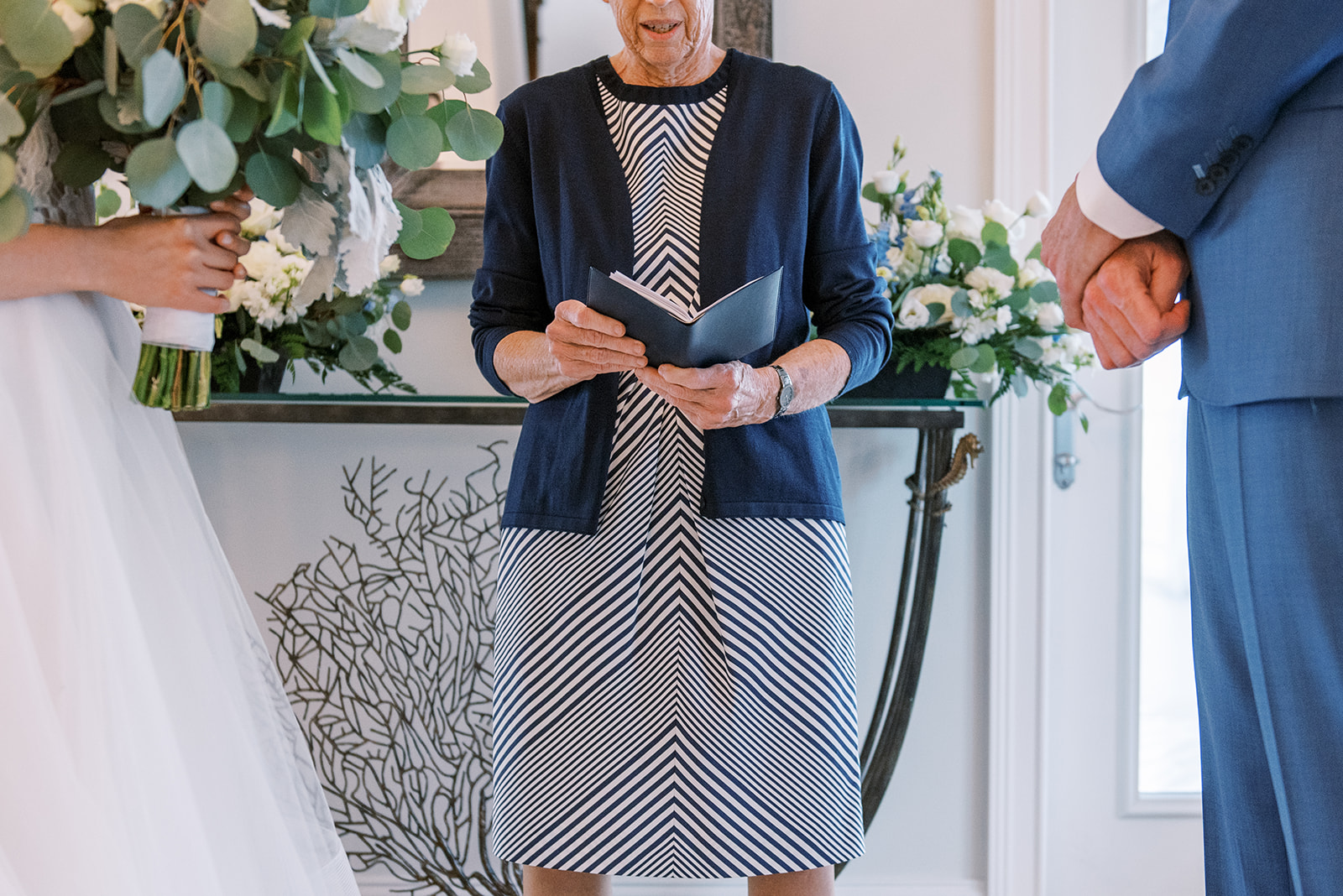 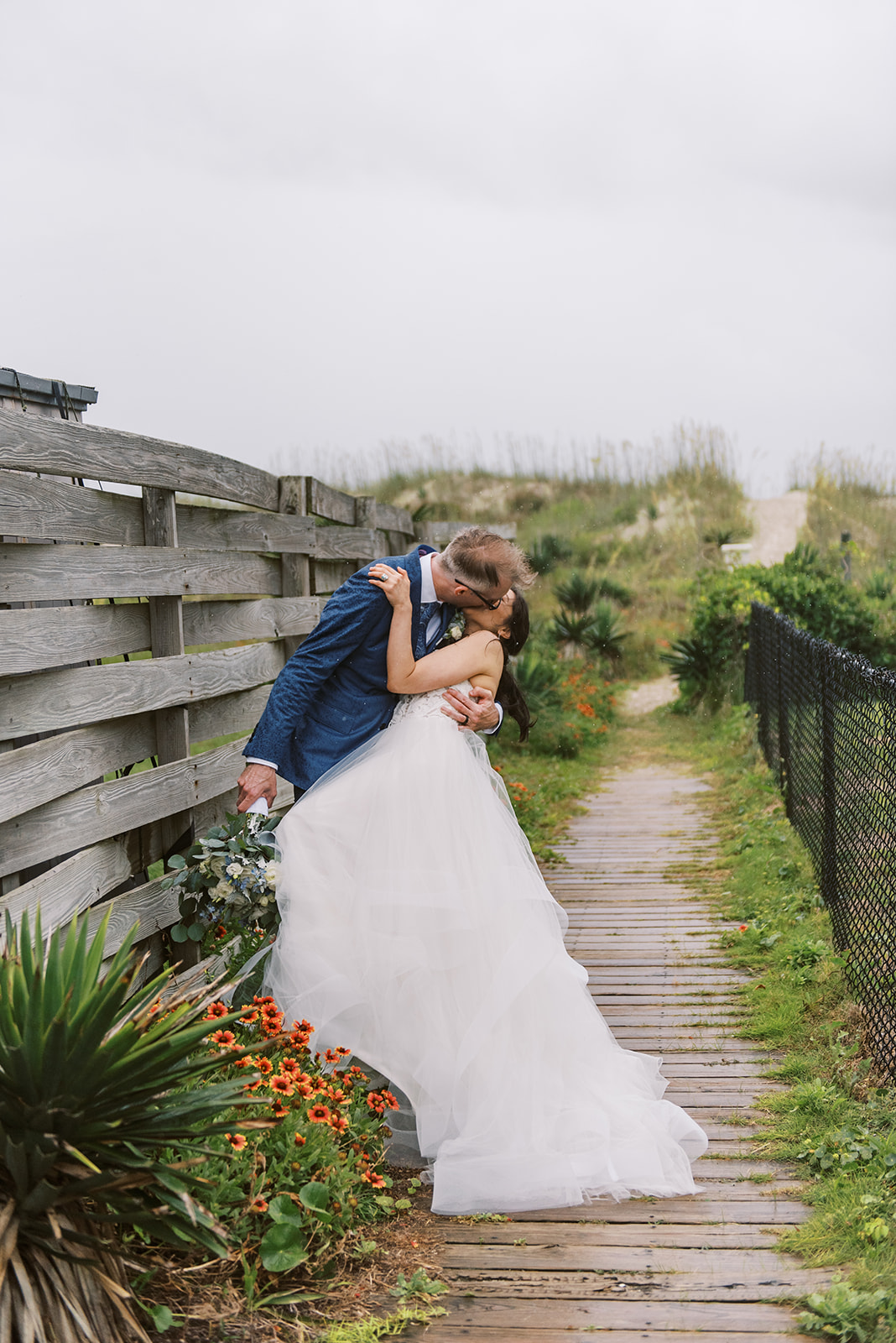 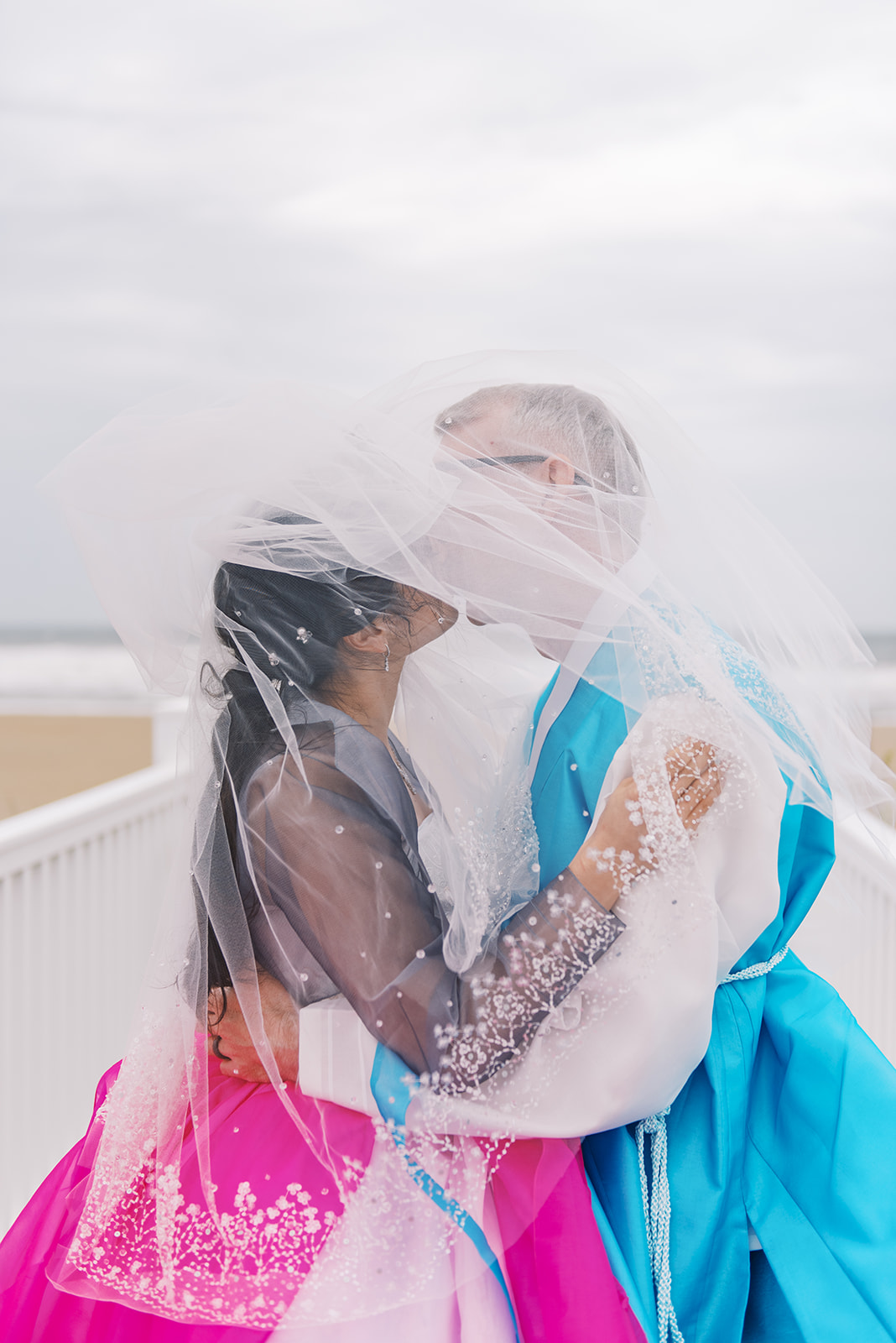 After the vows, everyone went upstairs to say cheers with champagne and a goat and sheep cheese tower, and then Emily escorted J&D onto the beach, where we were lucky enough to have a only light drizzle and wind during that time. Later that morning, we had a tornado warning (and full plan in place), so we were so glad they had the chance for beautiful outdoor photos after the ceremony!

Toasts and photos were followed by a lunch reception upstairs at the venue, in a room full of windows and overlooking the ocean. The tables were beautifully simple, with white linens, LED candles, place cards, and the two flower arrangements repurposed from the ceremony. Lunch and wedding cake were served, and the couple changed into traditional Korean hanboks for another fun set of photos. 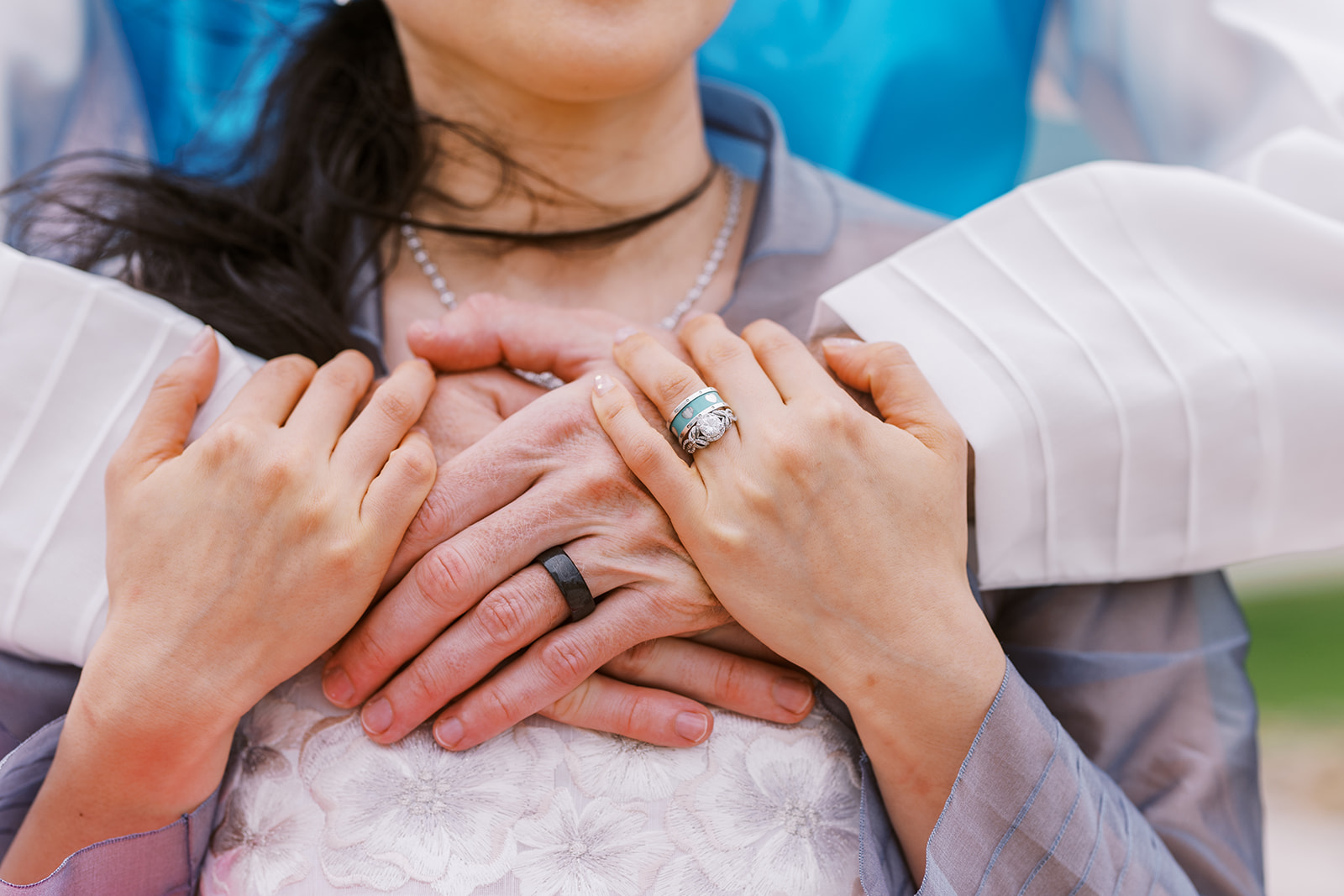 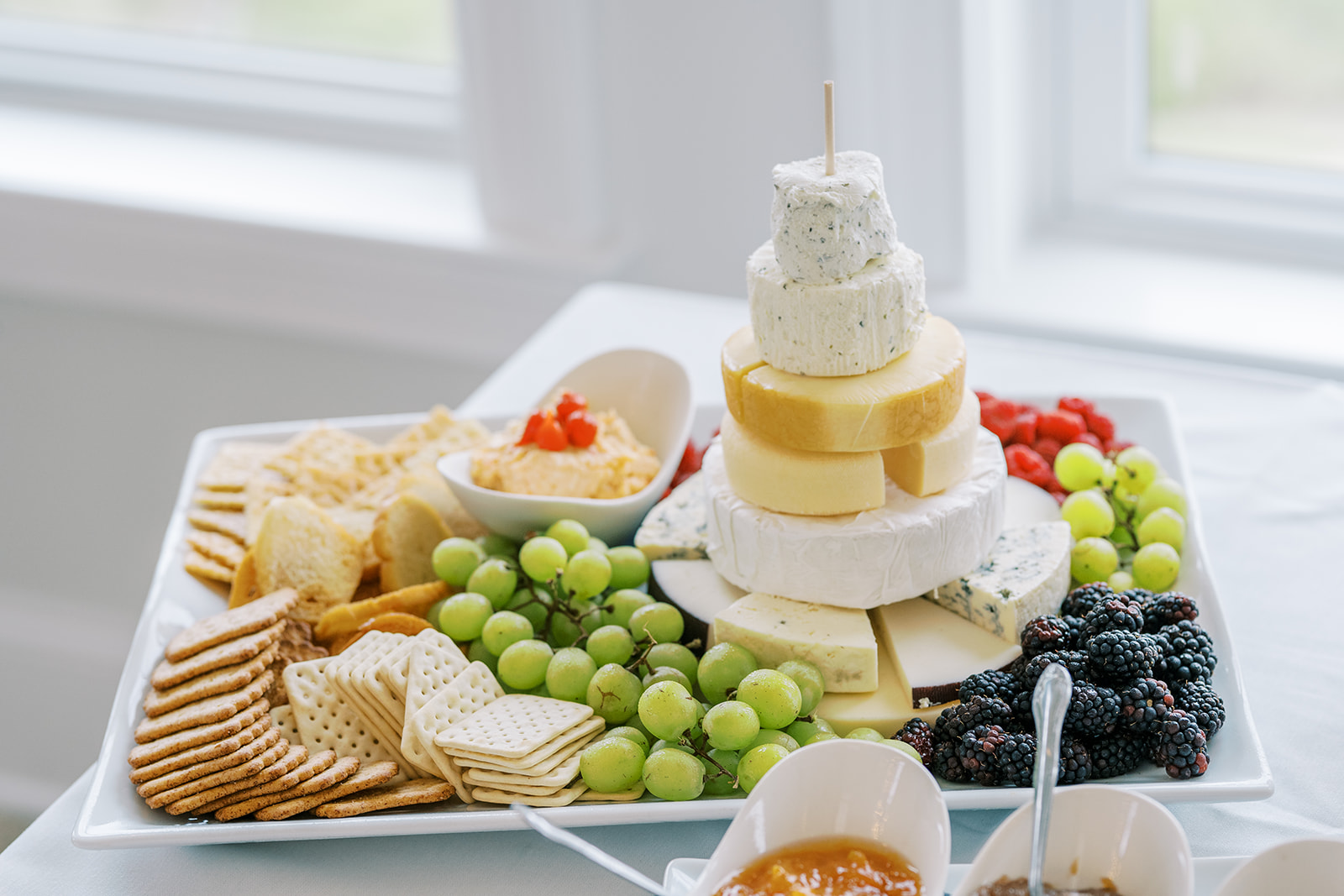 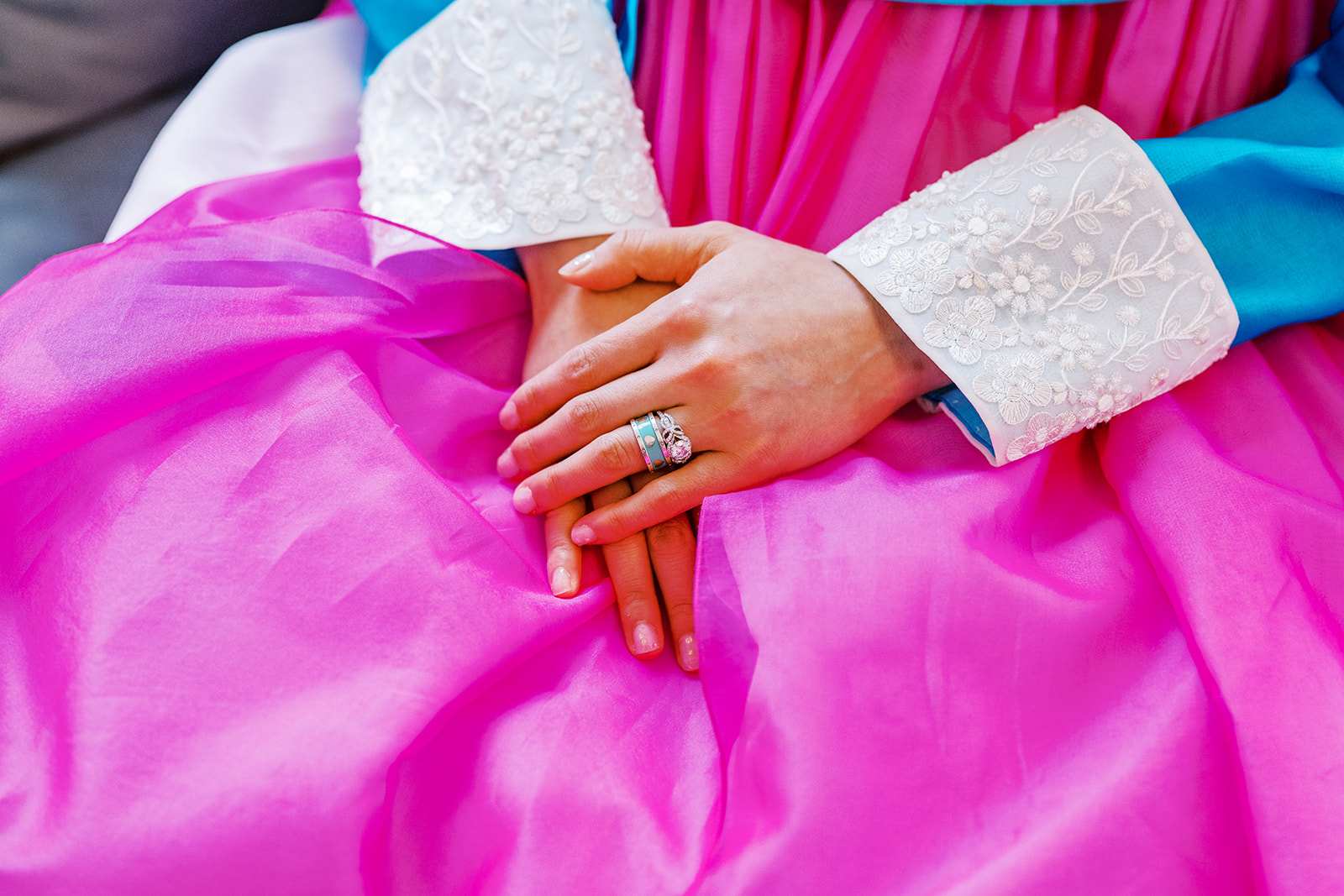 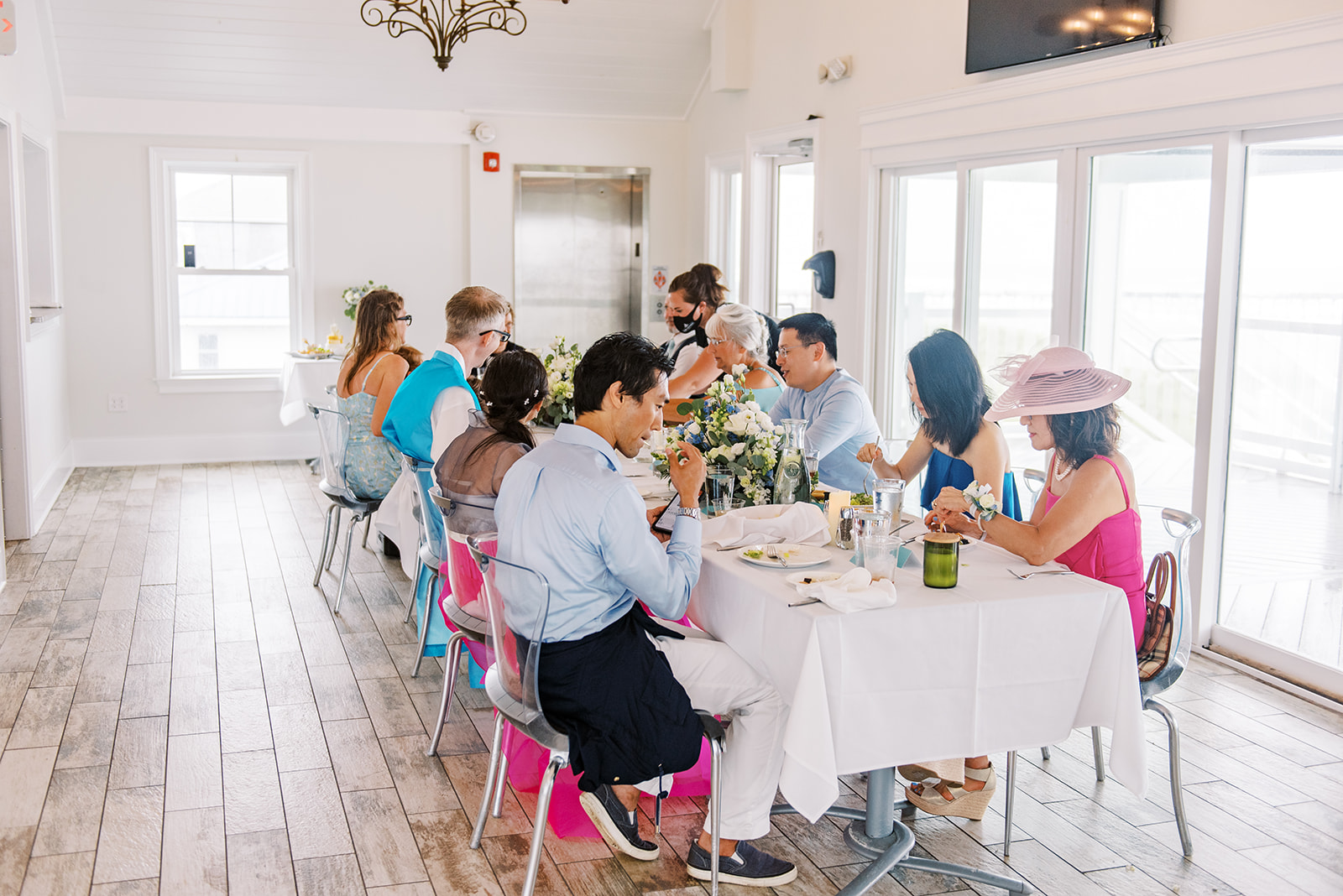 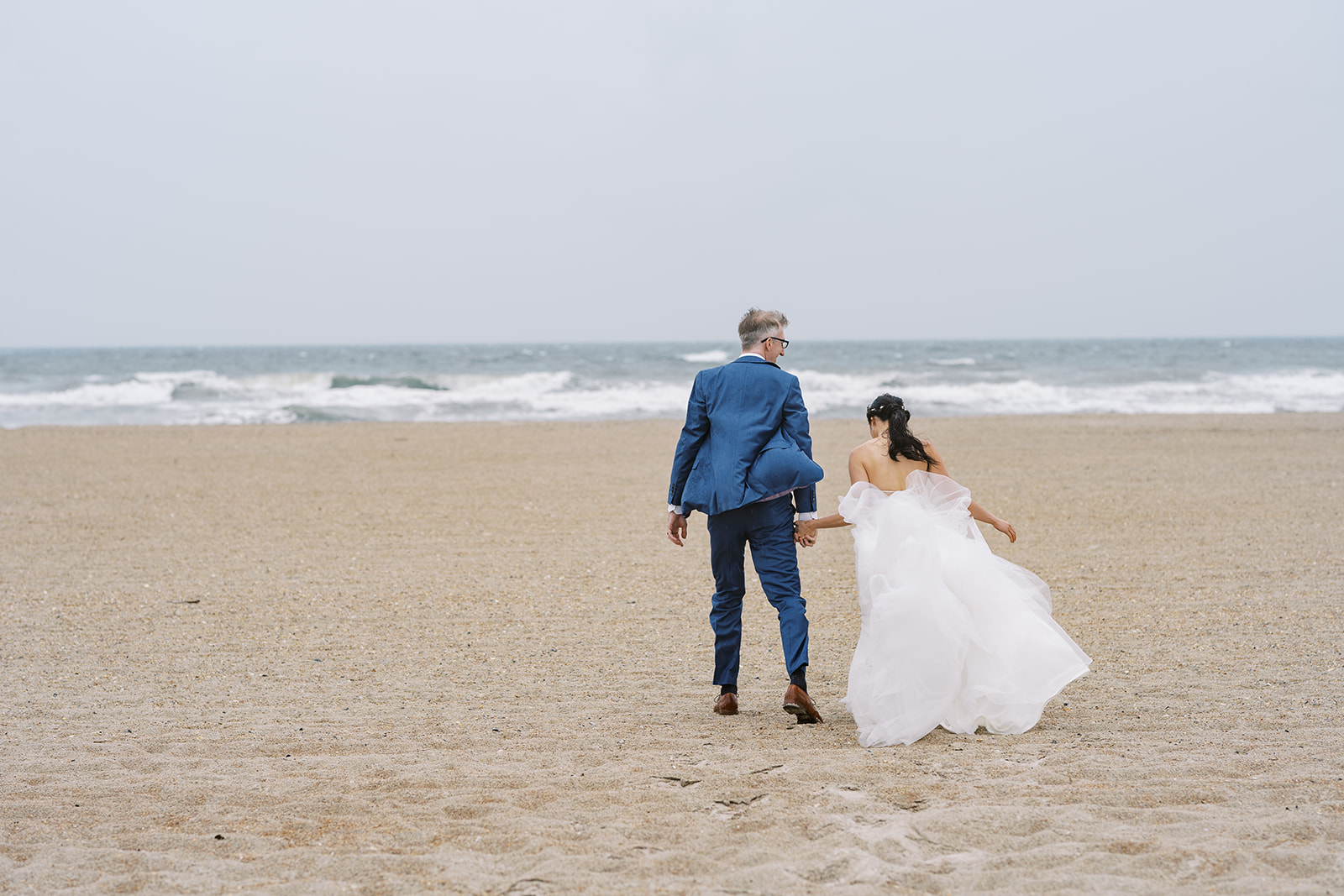 Making the most of every detail and moment, the centerpieces went home with the groom’s mom and aunt at the end of lunch, and the bride’s bouquet went with her mom. J&D planned a full schedule of casual activities for their guests to do after their lunch reception ended at 2 pm, including recommendations for ice cream, Fort Macon State Park, and hotel access to the beach – because naturally, the sun came out after the elopement. After checkout the next day, on Friday, the family gathered at NC Aquarium Pine Knoll Shores to complete a few incredible days celebrating the couple. It was so special to see them fully enjoying their time with each other and their family, and we love how they made the most of every moment. 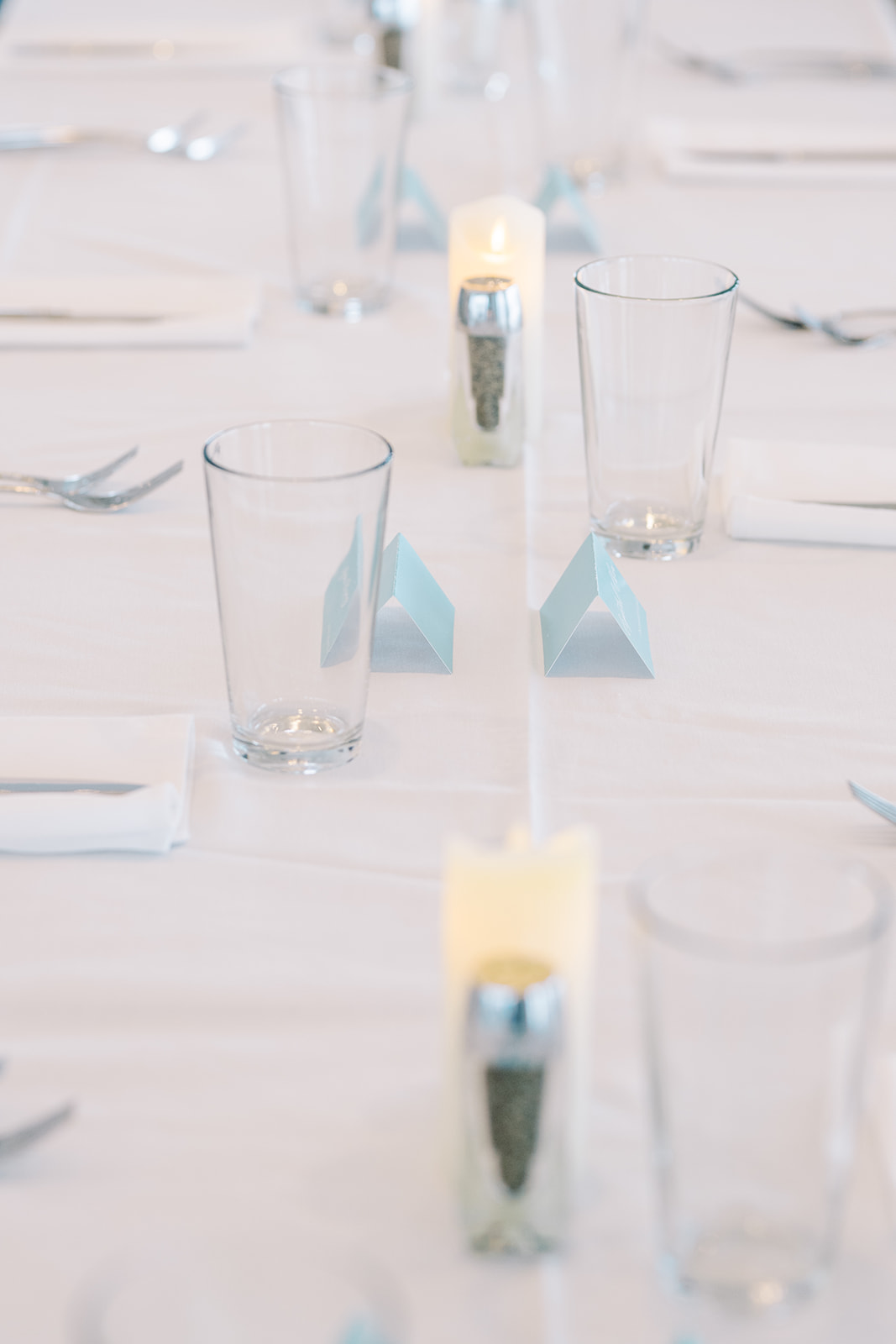 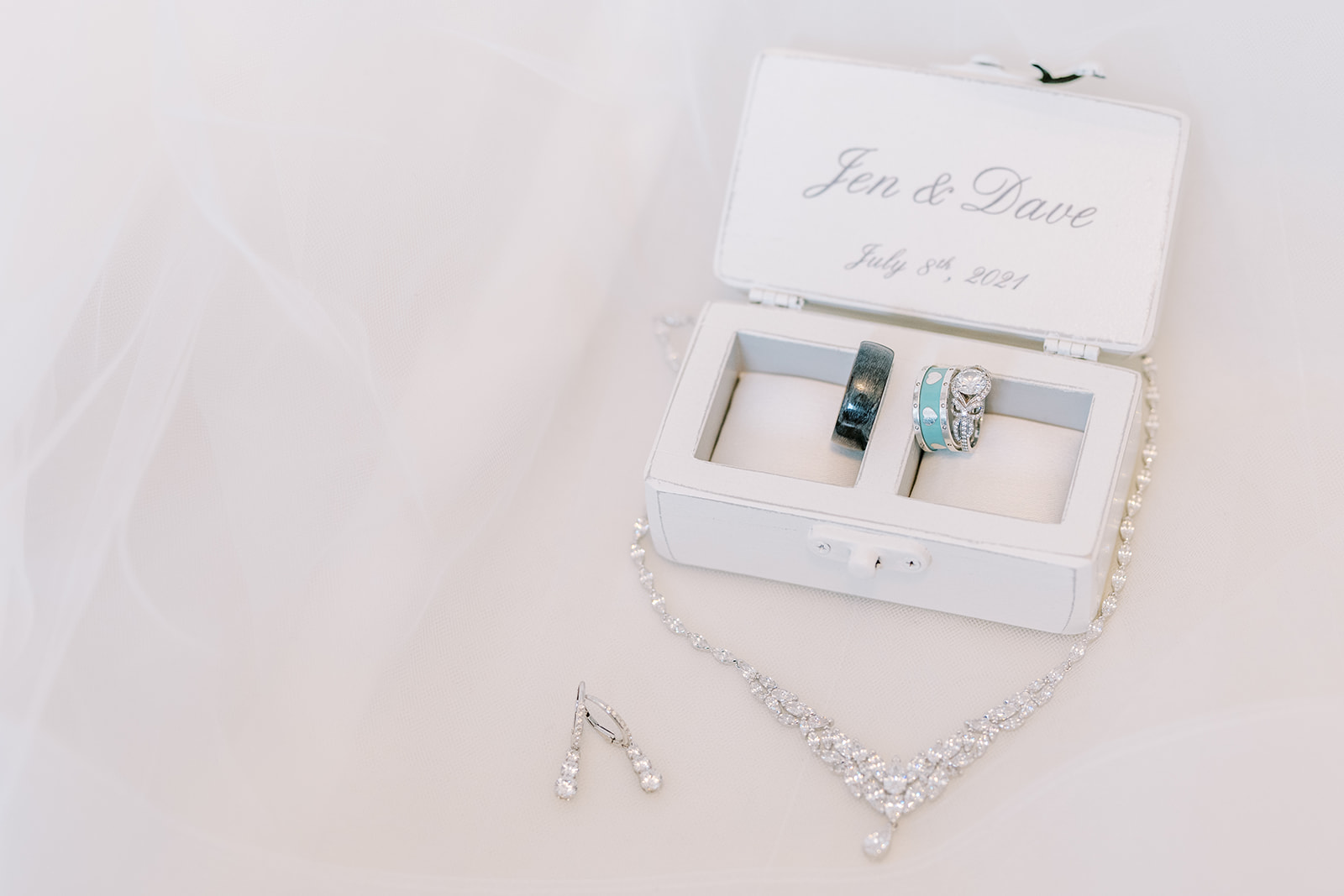 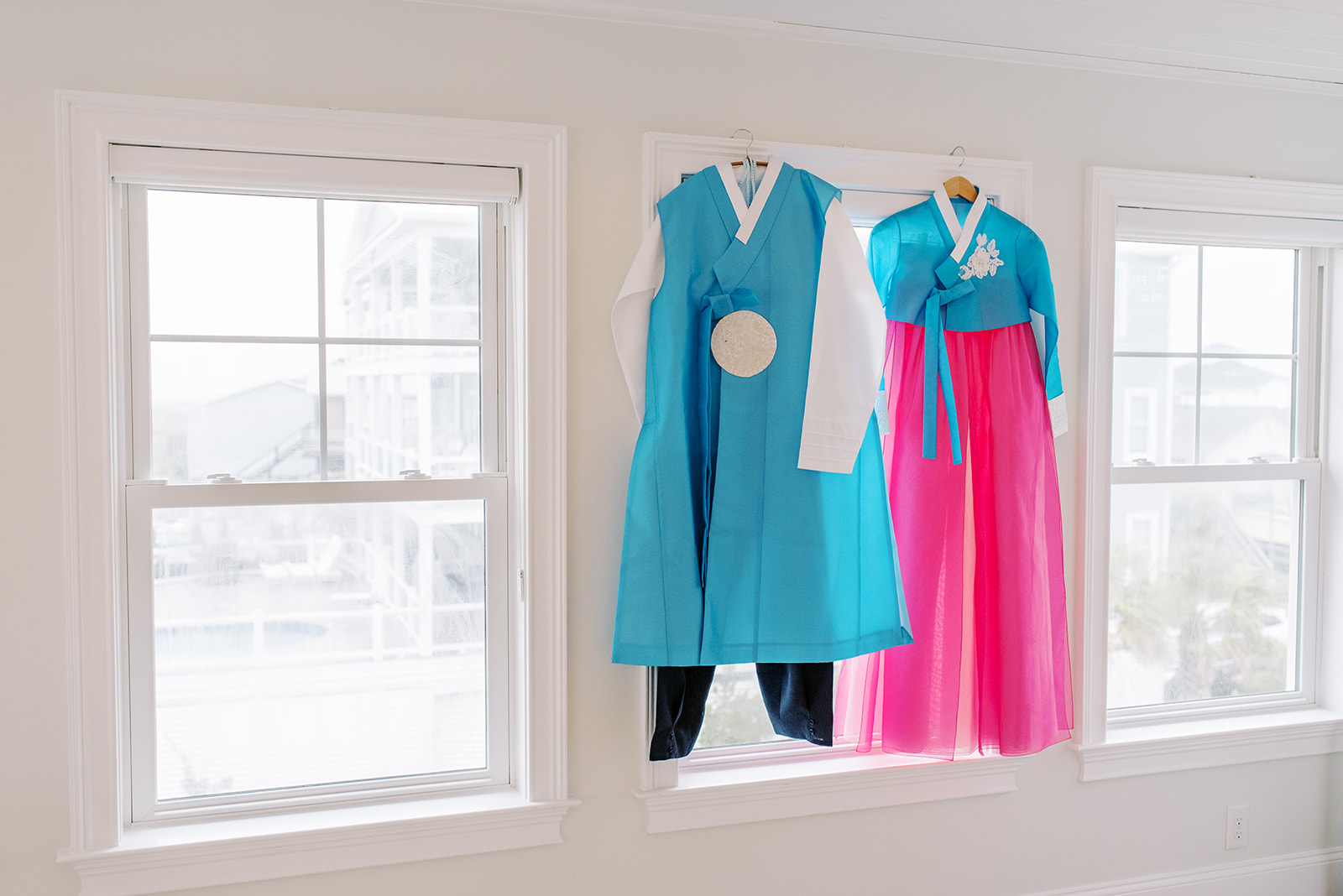 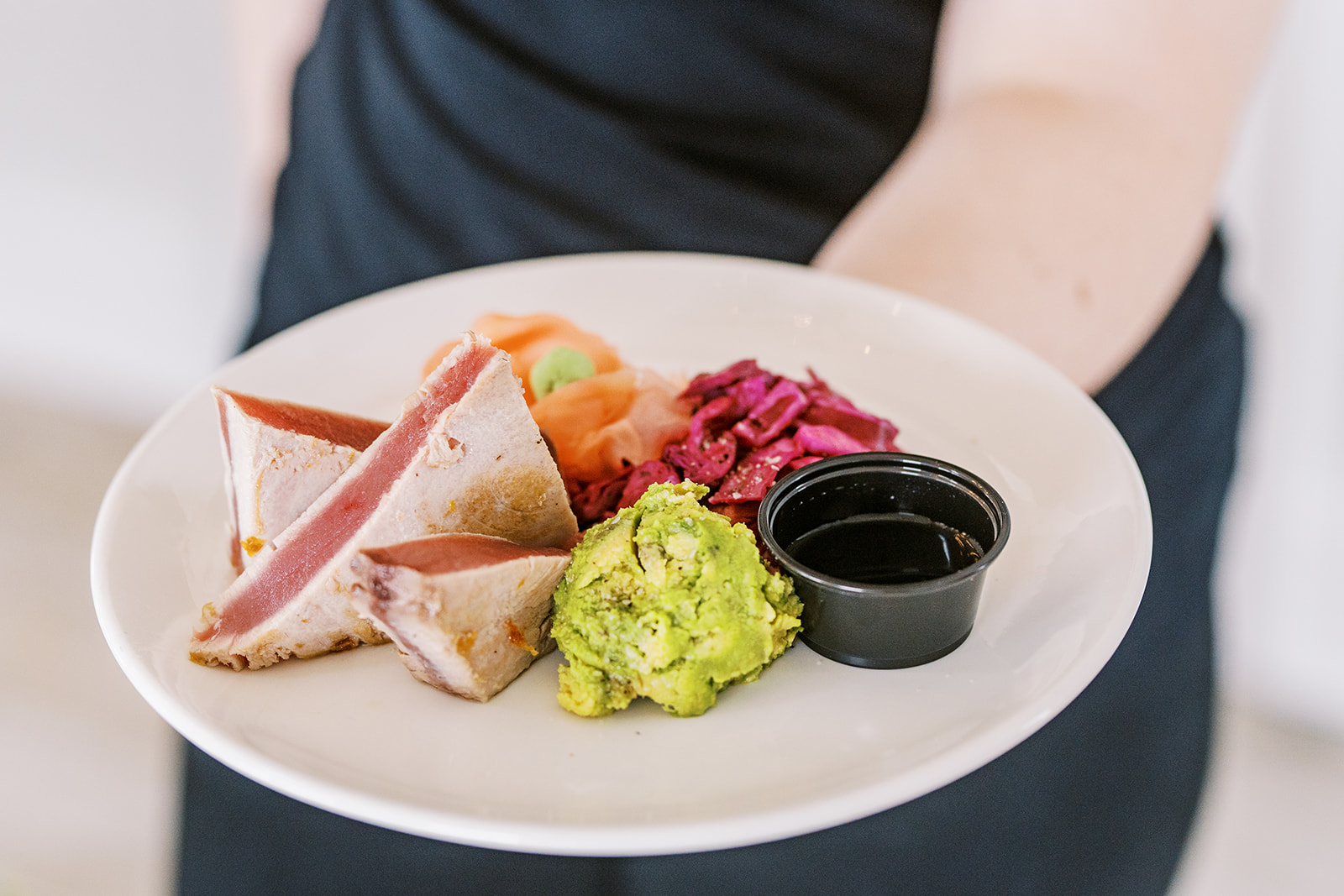 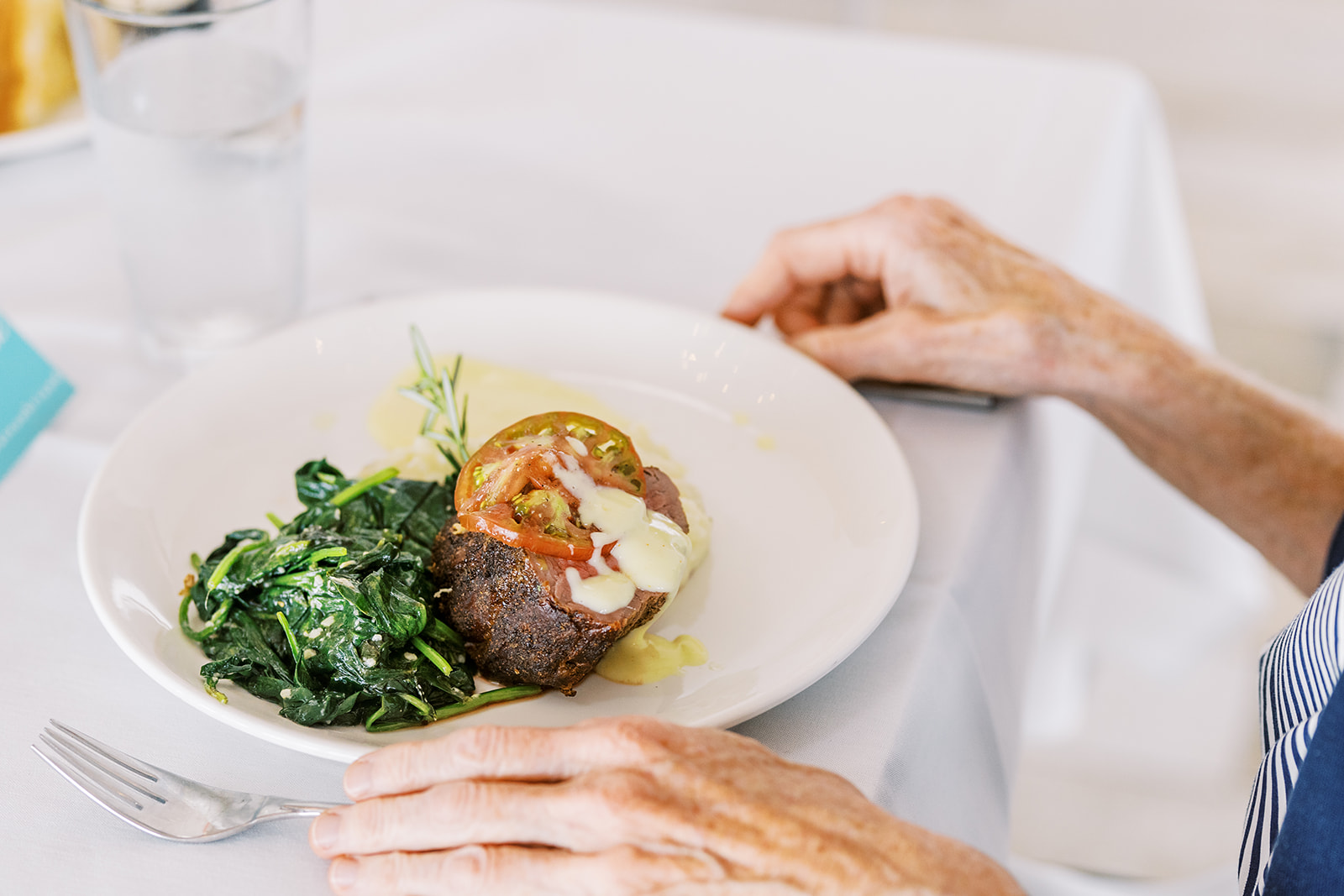 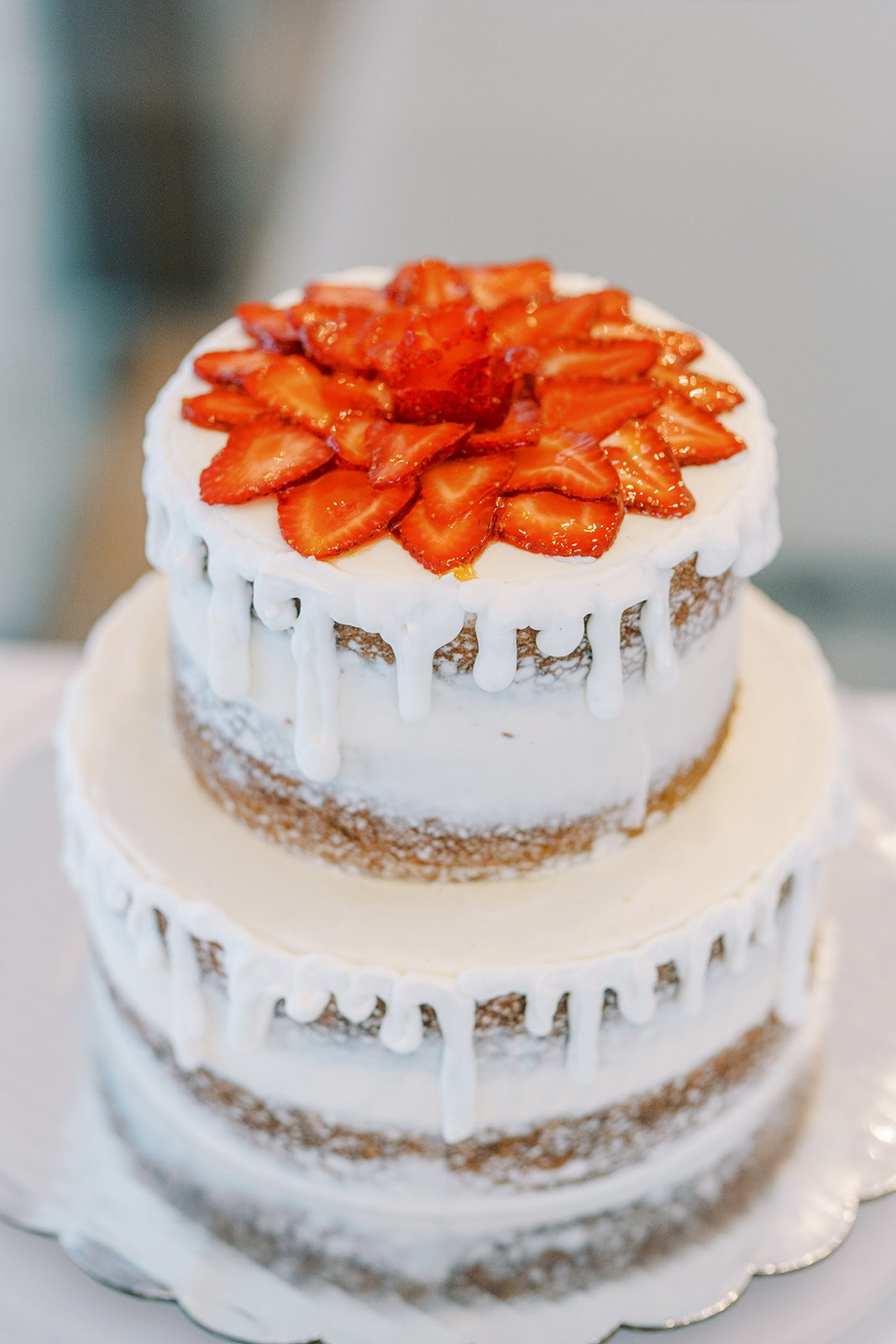