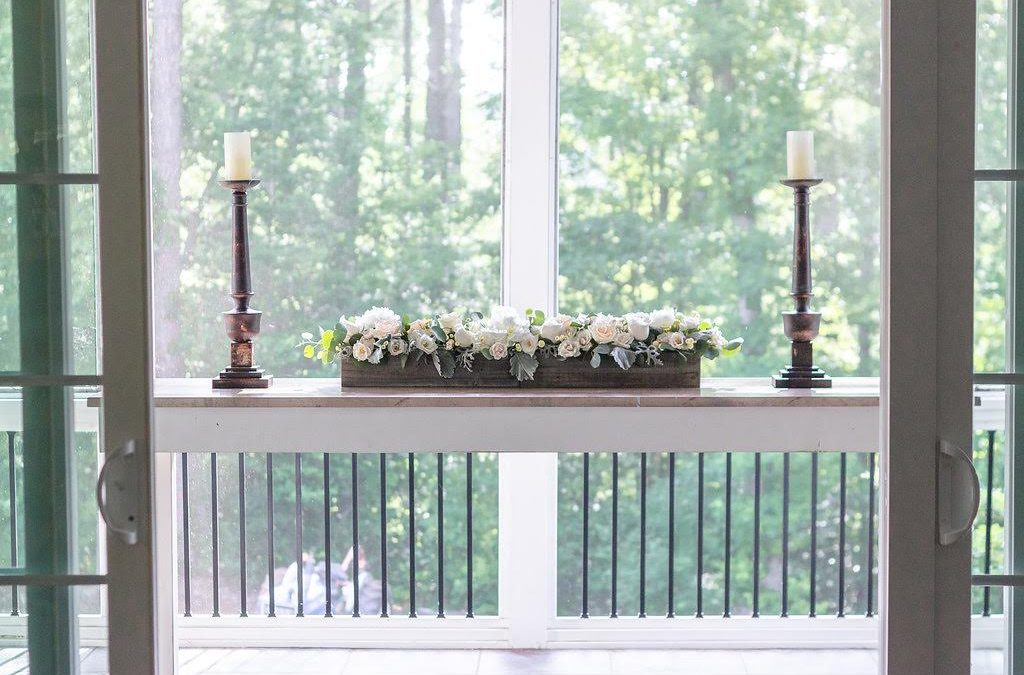 When Kimberly decided to book me just 16 days before her wedding, requesting that I help her find some last minute vendors, I was excited for the challenge and immediately started reaching out to rental companies and caterers on her behalf. The short turn-around time to hire these final vendors wasn’t a lack of planning – rather, Kimberly and her fiance Neal spent only a month planning their entire wedding.

As a remarriage for both the bride and groom, they had decided to get married before moving into a new home together and blending their families, including their five children aged 8 – 19. The surprise came when the house-buying process went much more quickly than they anticipated, and they were committed to tying the knot before their closing date. The couple rented out the house they were purchasing for the two weeks leading up to the closing date so they could begin moving their furniture into the new home, and they decided to have an intimate wedding in their new living room, combining their wedding with a housewarming party.

40 guests were invited into their Wake Forrest home on June 16, 2018 to witness their union. Ceremony chairs were brought into the living room facing the glass French doors that opened up to a screened-in porch, and a stunning bar-height farm table from Cottage Luxe was placed on the porch for guests to gather after the ceremony. Erin Marshall of Erin Marshall Photography took on a new role as florist for the occasion, Mister & That Dang Woman’s Catering provided a delicious barbecue buffet, and Party Delights Bakery provided the birch tree inspired wedding cake. The bride’s 15 year old nephew Andrew was kind enough to step in as the photographer to capture the special day.

The wedding started with a beautifully intimate ceremony, during which the groom walked down the aisle with his two children, followed by the bride’s two younger boys, and then her oldest son walked her down the aisle. The officiant was a family friend who shared some touching words about the couple, a relative played a song on his guitar, and then the couple were pronounced husband and wife. The family then recessed to the front yard of the home where family photos were taken. A lunch reception followed.