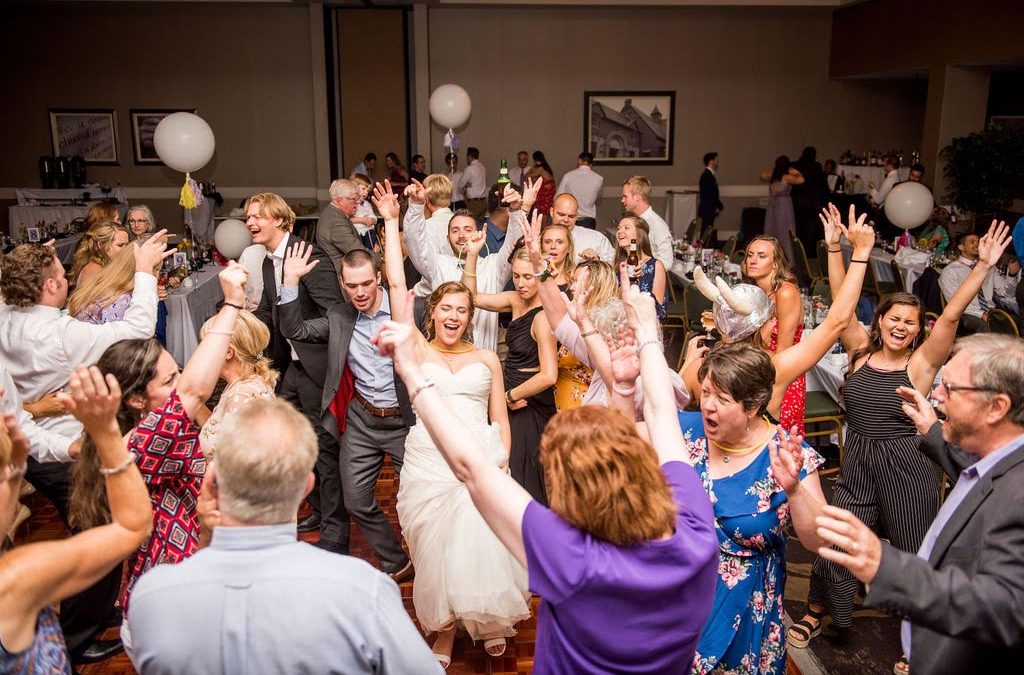 Sarah & Ernst were married on May 18, 2018, in a small ceremony attended by parents and siblings, on a back porch in Lynchburg, VA. But we’re not here to tell you about that wedding. Today, we’re here to tell you about their second wedding, which took place in Greensboro on July 5, 2019, with about 150 guests in attendance. So, why the second wedding?

Well, they were ready to get married last year, but they knew they needed time to plan and save up for the big wedding they wanted, and their Norwegian guests would need time to make travel arrangements. Did we not mention yet that Ernst is Norwegian? Like, grew up in Norway and came over during college for a football scholarship level Norwegian? Like, Matt referred to 6’7″ Ernst as a Norse God. THAT Norwegian. 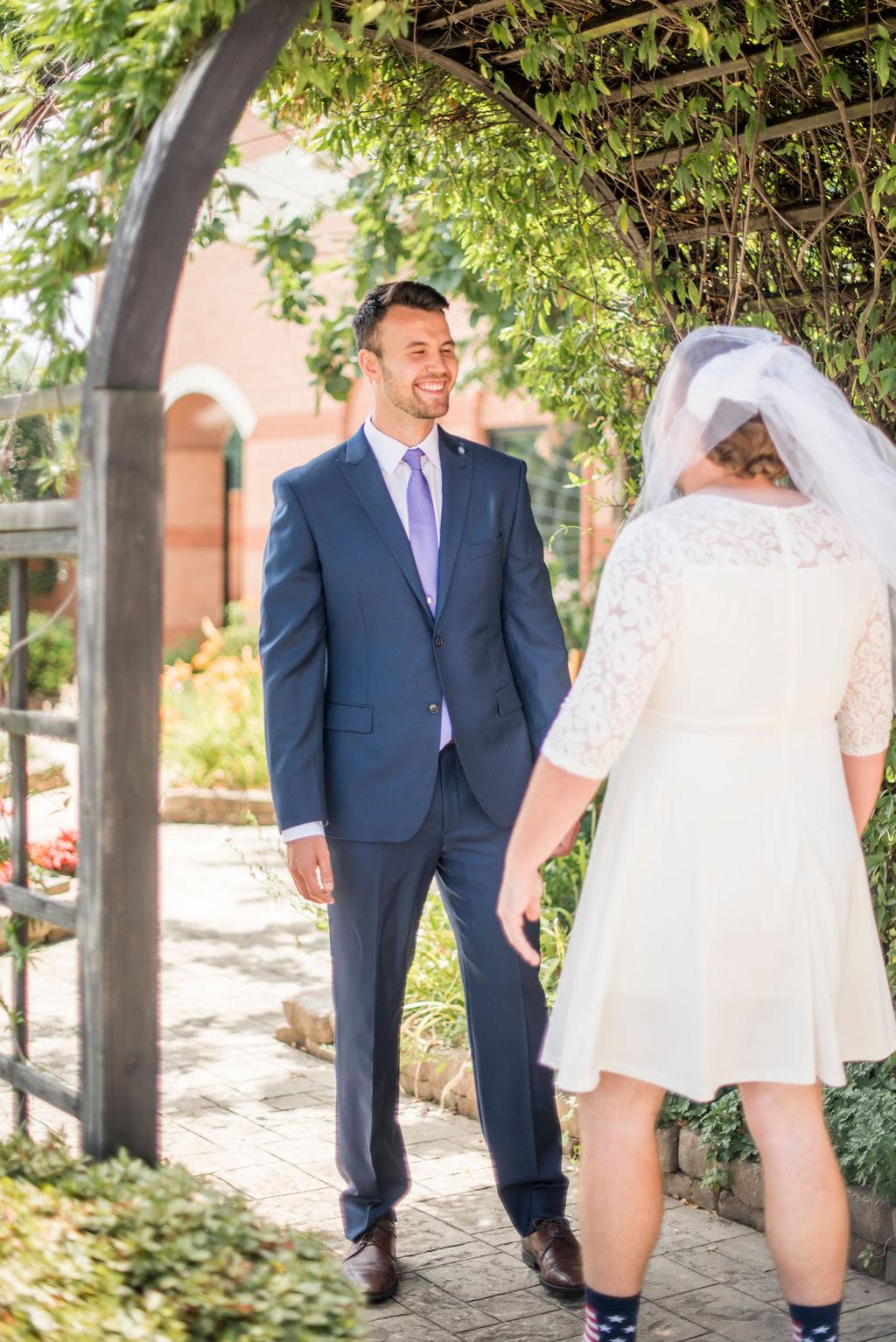 Although the couple now lives in Ohio, it was important to Sarah that she be married at Immaculate Heart of Mary Catholic Church in High Point, where she grew up going to church, so they planned their wedding from a distance. They were able to have a con-validation ceremony, or religious marriage ceremony, despite the legal part being taken care of over a year earlier. So the plan was set for a church wedding, followed by a reception at the Embassy Suites Hotel in Greensboro.

The plan that they couldn’t seem to set was a theme or decor plan. That’s where Beauty & the Budget Events came in. It’s no wonder that Sarah & Ernst were interested in our Wedding Design Workshop. During our conversations about design and styles, two things became abundantly clear – Ernst was a fan of clean lines, white and neutral colors, and all things IKEA, while Sarah’s personality and tastes were full of color and excitement. We came together to design a Modern Whimsical wedding that would marry both of their styles.

Beyond just the decor, which was largely DIY, Sarah & Ernst included so many special details and moments that showcased their love story, as well as Ernst’s culture. According to their officiant, “The North Americans welcomed the Norwegians with a warm round of applause, and everyone festively clapped their hands and shouted for joy for the bride and groom, both at the beginning of the ceremony and then again after the exchange of vows.” This super fun couple also added in the cutest little surprise before their first kiss by doing their fancy best friend handshake.

With the ceremony over, guests were able to ride the Trolley from the church to the hotel for cocktail hour and reception. Cocktail hour took place in the Embassy Suites’ beautiful indoor garden lobby, with small balloons and bud vases decorating the cocktail tables and giving a taste of the decor they’d find inside the reception hall.

Once guests entered the reception hall to find their seats, they were greeted by large helium balloons and tons of flowers, a super fun DIY photobooth backdrop, and a cards and gifts table with a card mailbox hand-painted by the bride’s grandmother. The wedding party entered the reception hall, followed by the couple, who went straight into their first dance. Next came the blessing, and then the buffet opened. In Norwegian tradition, guests are welcome to give toasts all night long, so we started dinner with toasts by the maid of honor, best man, bride’s parents, groom’s dad, and groom’s mom – then it was open mic time for guests to shower the couple with love and happy memories. 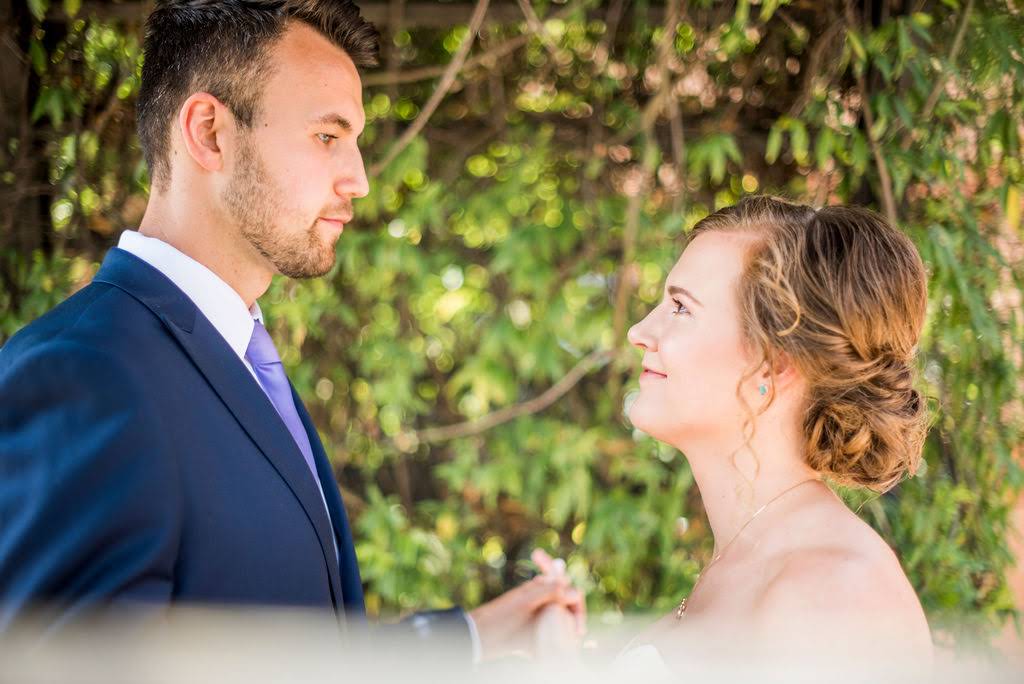 To wrap up the toasts and dinner time, Sarah & Ernst took the mic to thank guests for coming. But Ernst, a captivating and funny public speaker, proceed to tell the story of how they met and fell in love, how he asked Sarah’s parents for their blessing and then proposed on a snowy night in Norway. Following his sweet speech were parent dances, and then it was time for cake! Sarah & Ernst opted for a traditional wedding cake, as well as two traditional Norwegian kransekakes – according to tradition, the couple pulls the top ring of the “wreath cake” off, and the number of rings that cling on to the top indicates the number of children the couple will have. If the superstition is true, Sarah & Ernst will be blessed with 5 kids!

The dance floor was opened, and there was no walking room for the rest of the night. The floor stayed packed and glow sticks made their way among the guests, creating a great party atmosphere. At the end of the night, the flowers were gathered up from the bud vases and wrapped in sweet little bouquets that were given to guests on their way out. 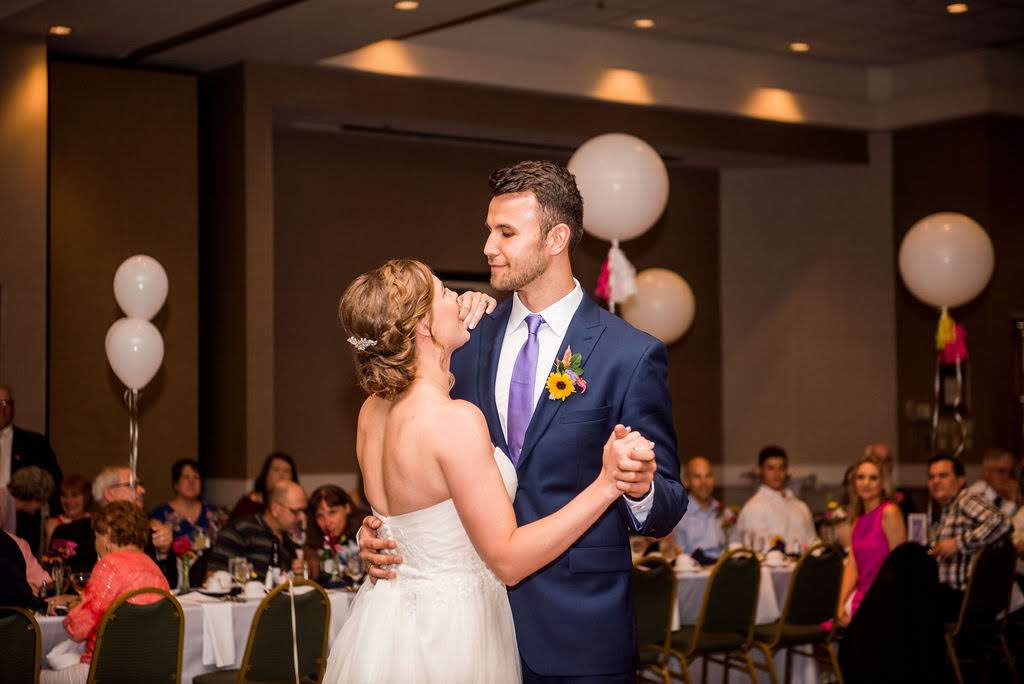 ” Stephanie was easy to work with throughout the planning process. We opted for Theme Design Workshop and Day-Of Coordinator. The Theme Design Workshop really allowed us to focus on a vision for our wedding. The theme was exactly what WE wanted, she was not over powering or pushy in any way. While we were getting closer to the big day, she helped us get organized with what we needed to have to make our vision reality, she met with us multiple times to go over the finer details of decor and timeline. Our wedding was in Greensboro, NC but we are living in Columbus, OH and the distance did not hinder us at all (thank you Skype!) Bottom line: she’s great to work with, attentive to detail, and listens to & promotes YOUR vision for your big day. I will be recommending her to all my friends when their big days come :)” – Sarah & Ernst 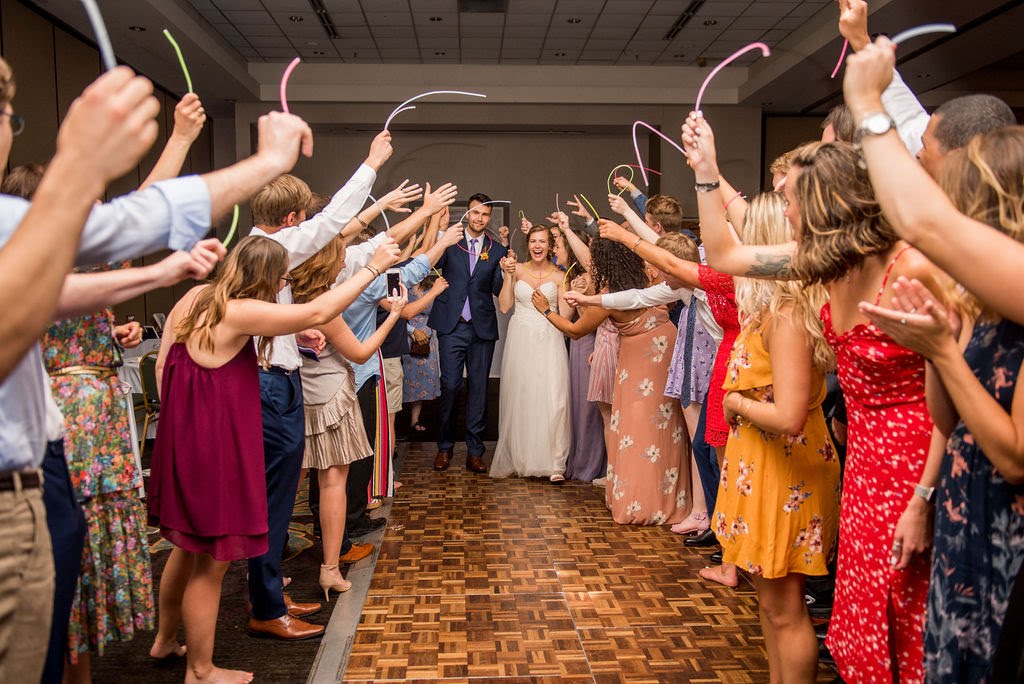